Darla Miles is an American Anchor and general assignment reporter working for WABC-TV serving as a reporter. She has been working with this station since 2009.

She was born on 23 November, in Fort Worth, Texas, United States. She, however, manages to keep information regarding her year of birth away from the limelight hence her exact age is knot known to the public. However, judging from her appearance, she might be in her 40s.

Miles stands at an approximate height of 5 feet 4 inches.

Miles attended Atlanta Spelman College and she graduated with a Bachelor of Arts degree with a minor in Spanish and in English. She later enrolled at Syracuse University to pursue her Spanish studies but unfortunately, she did not graduate. Miles has also studied abroad at the Instituto Internacional in Madrid, Spain. 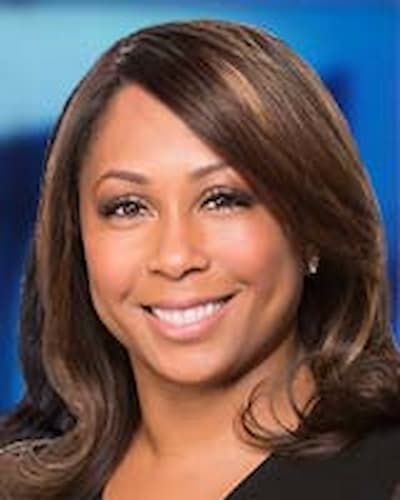 Miles serves as a reporter at WABC-TV where she joined as a general assignment in 2009. She has also covered international breaking news including the arrest of Dominique Strauss-Kahn and the attempted terror bombing in Times Square. In addition, she has interviewed famous people such as Oprah Winfrey, Senator John McCain, and Jesse Jackson. Prior to serving at WABC-TV, she was a reporter for WFAA-TV in Dallas,  where she was chosen for a Lone Star Emmy Award.

Before she was working at  WTVD-TV in Raleigh as a reporter, where she was focusing on the rape investigation at Duke University that was featured as an ABC World News exclusive on Good Morning America.  Earlier she was working as a reporter, Aiken Bureau Chief, and anchor for WJBF-TV in Augusta. Miles has also worked at CNN Radio Noticias, and she was a part of the original team that launched CNN en Espanol as a 24-hour network. Moreover, she worked at CNN Headlines News as a weekend anchor.

Miles began her broadcasting career at WCLK Radio in Atlanta, which led to a position at ONDA Madrid Radio in Madrid, Spain. she is also a member of  Investigative Reporters and Editors and the National Association of Black Journalists. In her leisure time, she mentors young A African American girls.  She has also traveled to South America, the Caribbean, Europe,  and Africa. Miles loves entertaining, traveling, and spending quality time with her family, godchildren, and close friends

In Miles’s career as a journalist, she has been able to accumulate a net worth ranging between $1 Million and $5 Million.

How Much Does Darla Miles Earn?

Miles was born and raised in fort Worth, Texas, United States with her parent. Her father was known as Howard Henry Mile while her mother’s names are unknown. Miles’s father was a mentor of many children at the Fort Worth Independent school district in the 1980s and he was also serving as coach of high school football and basketball.  Unfortunately, Miles’s dad died on 20th March 2020. She was brought up alongside her siblings one brother namely Howard Miles and two sisters namely Elaine and Rebecca Miles.

Miles was happily married to his husband whose identity is not revealed. The couple tied the knot at a private wedding ceremony in Texas. She has been going through a lot of pain due to the miscarriages she has been experiencing. Miles’s husband died three days after her third miscarriage, as a result of a catastrophic stroke when she was 41 years.

Miles has adopted children. She has 3 miscarriages but she has never loosed hope of being a mother to her own children. An update regarding her children will be done once available.